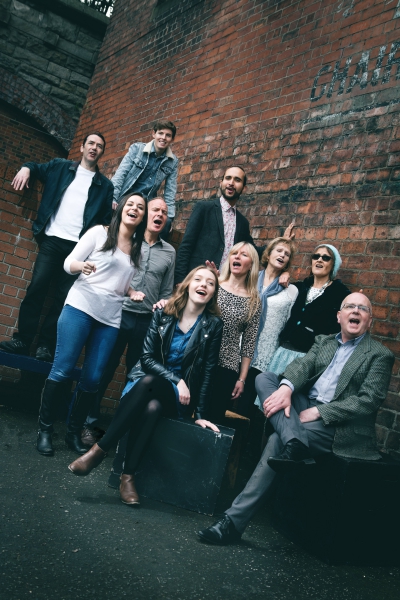 Week by week, this disparate group – from a Tory councillor to an Iraqi immigrant – learn a little more about each other, and themselves, as each member shares a favourite song to be learnt by all.But, as passions and prejudices are revealed, is singing enough to keep this diverse group from falling apart?Singer/songwriter Ricky Ross, who has written songs for James Blunt, Ronan Keating, Jamie Cullum and Nanci Griffith amongst others, has created the songs for The Choir. His band, Deacon Blue’s most successful hits include ‘Dignity’ and ‘Real Gone Kid’, with recent albums The Hipsters and A New House accompanying sell out gigs at the Royal Albert Hall and dates at SSE Hydro and Glastonbury.The script is by Paul Higgins, best known for his TV roles in ‘Utopia’ and ‘The Thick of It’. His play ‘Nobody Will Ever Forgive Us’ was presented at the Traverse Theatre by the National Theatre of Scotland.The Choir wears its heart on its sleeve and opens its arms wide, to share the friendship, solidarity, frustrations and joy that come from singing in a choir.Recommended for 13+ due to strong language

COME AND SING WITH GIVIN’ IT LALDIE

Wed 28 Oct, 5.45pm - 7pm
Come and sing with the real-life choir which inspired the new musical The Choir. Givin’ It Laldie and their patron Ricky Ross invite you to an open rehearsal of their flagship group The Gorbals Community Choir before the show. Accompanied by a live band, this session will give a taste of the fun and friendship to be found as part of a community choir - so join us to raise your voice, raise your spirits and raise the roof!

To attend, you must first book a ticket to The Choir to receive a booking code for this special event.

Lunch with The Choir

We have two schools workshops for The Choir:
• Inside the Rehearsal Room
• Inside A Technical Rehearsal

“dramatic hymn to the power of song.”
The Herald★★★★

“funny and unashamedly humane piece of theatre”
The Telegraph★★★

“I enjoyed creating music for the stage and discovering new ways to tell stories through song.” The Sunday Post “The whole thing is very exciting, and nerve-wracking as well…It’s a big deal.” Sunday Herald “It’s all about the music, and how people reveal themselves through song.” Deacon Blue’s Ricky Ross and writer Paul Higgins reveal the motivation behind creating The Choir in The Herald “The Choir offers this perfect backdrop, and the reason why people come together.” Singer songwriter Ricky Ross talks about creating The Choir in The Evening Times “It’s good for your health to sing with other people.” Writer Paul Higgins talks to The Daily Record about why he loves singing. “It doesn’t get more relevant than now.” Songwriter Ricky Ross in Scotland on Sunday about why The Choir has its finger on the pulse. “it was important to me that we create a down-to-earth story with characters worthy of my hometown of Wishaw” Writer Paul Higgins on setting The Choir close to home in The Motherwell Times . Watch Ricky Ross and Paul Higgins talk to STV Glasgow about The Choir Listen to Ricky Ross and Paul Higgins on Heart Radio
Return to What's On

Watch the video for Most of Me, one of the songs from The Choir on youtube 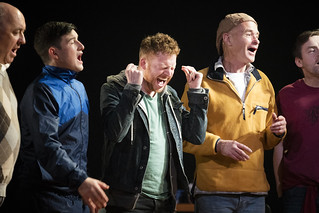 Previous entry: Striptease & Out At Sea