h The Cheviot, The Stag and The Black, Black Oil | What's On | Citizens Theatre

The Cheviot, The Stag and The Black, Black Oil 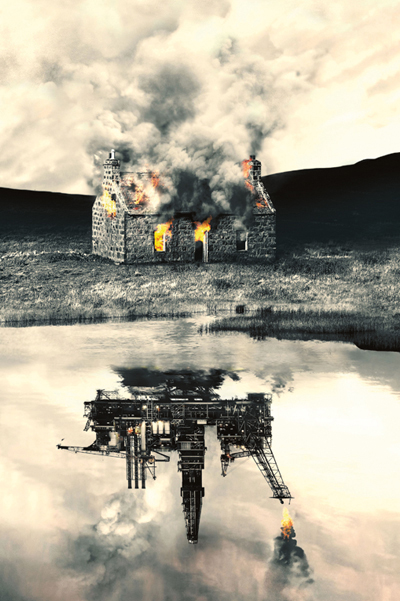 The highly acclaimed production tells the history and the tragedy of Scotland, performed as a Highland ceilidh. Song, humour and drama are intermixed creating a unique theatrical event that remains as vital and relevant today as it was when 7:84 Scotland first presented it, over 40 years ago.This extraordinary play looks at the exploitation and economic changes in the Scottish Highlands throughout history. Ruthless evictions of 18th-century Highland crofters in favour of the more economically-viable Cheviot sheep give way to the development of stag hunts in game parks in the 19th century, while the 20th century brings the exploitation of resources during the North Sea oil boom of the 1970s.Once again, the Dundee Rep Ensemble has been granted permission to present this pivotal piece of Scottish theatre.

“It has everything, and it throws it at you in generous handfuls; laughter, farce, drama, live song and dance, finely researched political intent.” The Independent ★★★★★

“The Cheviot is ‘rousing, raucous, polemical, plangent and fun.” The Guardian ★★★★★

“Joe Douglas’s glorious revival of what’s arguably the single most important show in the whole history of Scottish theatre.” The Scotsman ★★★★★

Stay after the performance for a chance to ask questions and hear more about the show.

Next entry: The Gorbals Vampire Exhibition