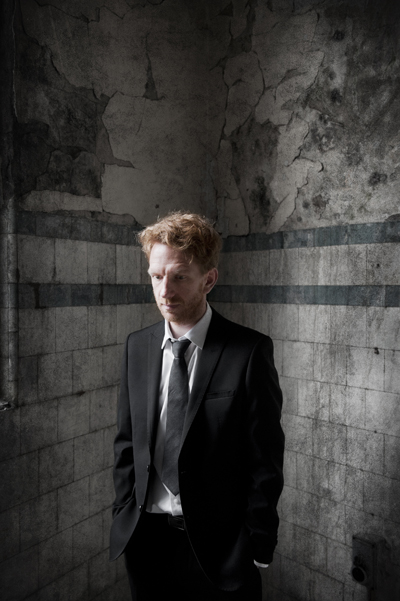 Then one night, a visit from beyond the grave confirms Hamlet’s worst fears and sets him on a bloody path to madness, murder and revenge.Brian Ferguson takes on the title role of the troubled Hamlet. Roberta Taylor - well known for her lead roles in The Bill and EastEnders and a regular performer at the Citizens during the 1980s – joins forces with her husband and stage and screen actor Peter Guinness to play Gertrude and Claudius.Dominic Hill directs Shakespeare’s brutal and gripping tragedy of a family falling apart under the weight of suspicion, murder, infidelity and grief.

An Afternoon with The Dane

We have three schools workshops for Hamlet: • Inside the Rehearsal Room, • Inside The Play, • Inside A Professional Technical RehearsalFind out more here.

“a version that simmers with an edgy intensity”
The Herald ★★★★

“a powerful rendition of a script often dulled by familiarity, allowing Hill to stand alongside his artistic ancestors as a bold, imaginative and careful director.”
The Stage ★★★★

“by any measure, a world-class production”
Sunday Herald

“What I liked about the Citz roles was they broke the moulds” Brian Beacom speaks to Roberta Taylor about her history at The Citizens Theatre ahead of her performance in Hamlet. The Herald

“...cracking it [Hamlet] open has been mind-boggling, really, to get the opportunity to crawl around inside it has been incredible.” Neil Cooper speaks with Brian Ferguson about playing the title role in Hamlet. The Herald

”...having worked for 38 years in the business I would say my strongest work was done here.” Brian Beacom talks to Roberta Taylor about her career and the important role the Citizens Theatre played in it. Evening Times

Hamlet Trailer
Dominic Hill on directing Hamlet
Roberta Taylor and Peter Guinness on their history at the Citizens, and acting as a couple

Final week of Hamlet rehearsals
Hamlet: ‘A play full of quotes’
Historical Hamlets at the Citz
Round up of Hamlet reviews

Find out more about the Deaf Theatre Club.

Next entry: Stage to Page