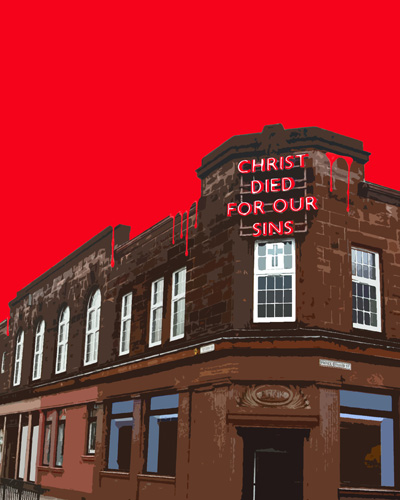 Fighting to reclaim their neighbourhood, the lives of a sleep-deprived new parent and his civic-minded wife begin to unravel. Meanwhile an ambitious Hutchie boy, a pair of young missionaries, a performance artist and her alter ego and an unscrupulous property manager, are forced to confront their monsters.Directed by Dominic Hill, Fever Dream: Southside is a surreal comic thriller and major new production by Glasgow-based writer Douglas Maxwell.

Lunch on the Southside

Sat 2 May, 12.15pm Director Dominic Hill discusses the process of bringing a new piece of writing to the stage.MORE INFO

6 - 9 May The Citizens Young Co. celebrates its 10th anniversary with a new piece of theatre inspired by Fever Dream: SouthsideMORE INFO

“delivered with terrific energy and wit by an impressive cast of eight, and directed with a fierce, surreal flamboyance by Dominic Hill” The Scotsman★★★★ “a fantastical love letter, not just to the Govanhill neighbourhood it is set in, but to the city itself.” The Herald★★★★ “Glasgow’s southside enters into theatrical mythology” The Stage★★★★ “Brilliantly bonkers” The Public Reviews★★★★ ”“ambitious hymn to human solidarity.” The Guardian★★★★
Return to What's On

Next entry: Lunch on the Southside