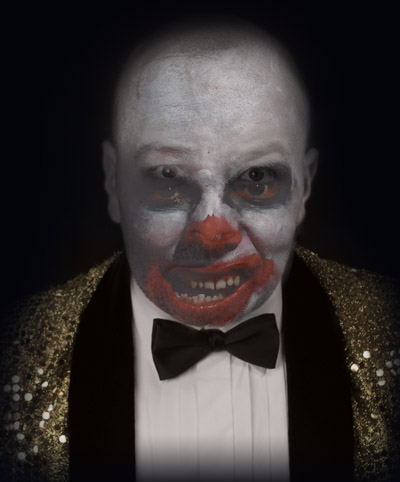 Faustus is restless for knowledge and his insatiable desire for notoriety has driven him to make a pact with the devil in return for the power to perform the black arts.This life-changing decision propels him into the heady world of the rich and famous as he becomes a globe-trotting magician to the stars. At last, women pay him attention, celebrities want to be his friend and he has the world at his feet to manipulate as he pleases.But was the price worth paying?Featuring Kevin Trainor as Doctor Faustus and Siobhan Redmond as Mephistopheles. From the same writer and director team behind the smash hit, Peer Gynt, described as “the finest piece of classic theatre Scotland has produced in half a decade.” The Scotsman

Wed 17 April | 4.30-6.30pm (followed by show at 7.30pm) £10 for workshop & show ticket Dominic Hill offers a unique and practical insight into the making of the production. For students and secondary pupils 14+.You can buy the Doctor Faustus script in our online store for just £3.50.

“Life, old chum, isn’t a rehearsal…this astutely provocative take on Marlowe is a pungent reminder of that.”
The Herald (April 2013) ★★★★

“Who doesn’t want to see a man sell his soul to the devil?”
Glasgow South & Eastwood Extra

“Conjuring combines with choreography, burlesque with political satire, poetry with pantomime, in a staging that speaks to today”
The Herald (February 2013) ★★★★

“Hell isn’t just other people: it’s backstage in this new version of the story of the scholar who sold his soul to the devil.”
The Guardian ★★★★

“a blistering, disturbing take on the culture of fleeting modern celebrity”
The Public Reviews ★★★★

“a bold and memorable piece of theatre”
Leeds List

“a magnificent, show-stopping performance from the dazzling Siobhan Redmond as Mephistopheles - Performance of the Week”
The Scotsman ★★★

”“Opportunities and productions like these don’t grow on trees.”
Kevin Trainor spoke to STV about playing the lead in Doctor Faustus

“if someone says, ‘Do you want to play ­Mephistopheles in Dr Faustus?’ you kind of have to say yes.”
Siobhan Redmond in Sunday Mail

“I want to make classic work that feels contemporary, vibrant and alive, and Dominic is the most obvious person for me to get in to do that.”
West Yorkshire Playhouse Artistic Director James Brining in Scotland on Sunday

“Faustus’s despair is a despair we still recognise today – a feeling of being damned if you do, damned if you don’t.”
The Guardian spoke to Dominic Hill and Colin Teevan in rehearsals for Doctor Faustus

“Mephistopheles has had another life, and is both Arthur and Martha.”
Siobhan Redmond on her role in Doctor Faustus to The Herald

“If Spielberg is our contemporary Shakespeare, Tarantino is our Marlowe”
Writer Colin Teevan in Exeunt on his new acts for Doctor Faustus

“Our Faustus is like a Derren Brown figure…I’m not saying Derren Brown sold his soul to the devil, although I wouldn’t be surprised to hear it”
Kevin Trainor on his modern-day Doctor Faustus on What’s on stage

£12-19 (concs available) Previews £8 | Tuesdays £1250p TICKETS 100 50p tickets for Doctor Faustus will go on sale (in person at the box office) at 10am on Sat 30 March 2013.THE SEASON PASS Choose any 3 shows and save £3 off each ticket. Buy all 5 shows and save up to £15 per person. Offer applies to: The Maids, Takin' Over the Asylum, Doctor Faustus, The Seagull and Far Away (and Seagulls). Phone Box Office to book.See pricing for more info on concessions, 50p Tickets and The Season Pass.

Read more about the controversial production of Doctor Faustus at the Close Theatre in 1965.