Over 5 months, our team of professional theatre-makers alongside prison and learning centre staff have worked with over 50 prisoners to create a performance inspired by the idea of change.

“A liberated man stands on a railway platform. As the trains are cancelled one by one, he is forced to make a decision that could change his life forever.”

This ambitious project has provided writing and performance opportunities as well as production and technical roles for prisoners. The production has music at its core, allowing the team to utilise already well established music groups from within the prison.

Participants will perform their collection of true stories for other inmates and staff at Barlinnie, as well as their family, friends and specially invited guests on 18-19 November.

“Human creativity is the engine by which we innovate, grow and define how we wish to live our lives.”

By introducing the possibility of change to some of the most vulnerable and damaged in our communities, the Citizens Theatre hopes to make a significant contribution to their rehabilitation. We aim to inspire change, by helping to develop new skills, attitudes and opportunities.

This project is part of the Inspiring Change initiative led by Motherwell College that has involved 7 arts organisations working across 5 prisons in Scotland over the last year.

The project won a Koestler Gold Award for the stage play; a Gold for the ‘Songs from the Heart’ CD design and a highly commended for the rap ‘ Walking Free’.

The Citizens Theatre is one of seven Scottish arts organisations which make up the Inspiring Change arts in prisons consortium.

Read about our Greenock Prison project.

LISTEN to the stunning original music written and performed by prisoners for Platform 2:10.

Find out more about our
PRISON WORK

Next entry: Glow - Don’t Start Me! 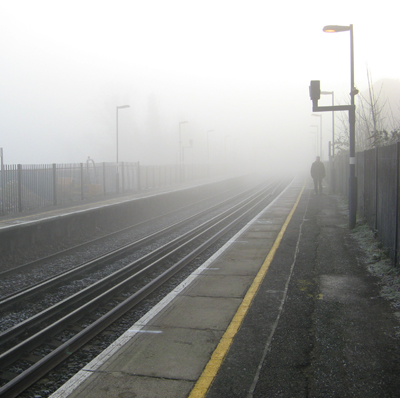 Read article in The Scotsman

Next entry: The Bookie